When asked how he’s progressed his career, Russell says “I was lucky enough to meet a young Dan Cullen back in 2005 when Belgravia Leisure won its second portfolio in Queensland. Which was then Pine Rivers Council (now Moreton Bay), where I managed Murrumba Downs Community Pool. I worked as a Venue Manager for two years before assisting a new site transition at Ferny Hills Aquatic Centre, where I completed a further two years.”

“Then I put my hand up for the historic Valley Pool which provided an amazing opportunity in handling corporate clients and bookings, I did this for a further two years before transferring to Lawnton Aquatic Centre now famously managed by Mike Fox,” Russell continued.

“At this time, we were successful in overseeing a new cluster of four sites for the Toowoomba Region, where I became an Area Manager. This continued my personal development and ticked a box in business development which I was very interested in.”

After this, I transitioned into North Lakes Aquatic Centre and then picked up four venues with Gympie Regional Council including the Greenfield venue Gympie Aquatic Recreation Centre. At this stage with eight reporting Venue Manager’s and direct centre management.”

“This provided opportunity for Tanya Fletcher LTS Coordinator stepping up into Venue Manager at North Lakes and Jodie Jackson Venue Manager at Oakey Pool was successfully promoted to Area Manager of Toowoomba Regional Council reporting to myself,” Russell recalls.

“In 2018 we won Nambour Aquatic Centre which was shortly followed by the BelgraviaPRO announcement which now sees me in the Queensland Regional Role overseeing four LGA’s and one corporate body that includes 14 sites in total. A long way away from my Murrumba Downs Community Pool but have never forgotten my grassroots.”

Where do you see yourself within the next two to three years?

“I love Queensland too much so Dan (State Manager) knows he’s stuck with me, the short term is to get involved with BelgraviaPRO RTO and complete some courses over winter, to assist the development of systems and processes within this business unit.”

“Long term I would like to see us continue to diversify as an organisation in services so maybe concentrating towards operations in a state-based role, supporting business development in-house and external across Queensland including contract compliance,” Russell concluded. 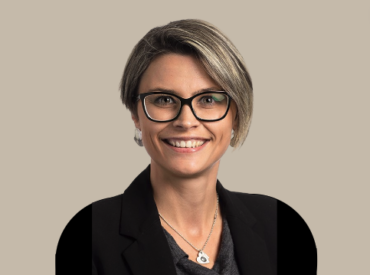 Natascha, better known as Tash, has been with Belgravia Leisure since October 2021 and Jack has been with Belgravia Leisure since the young age of 16 years old. Jack began his