Life inside the infamous Townsville floods 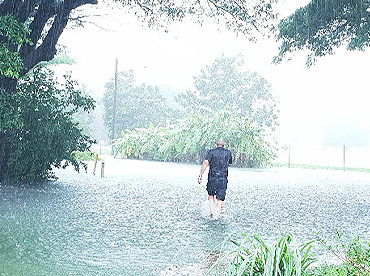 The recent once-in-100-year flooding event in Townsville affected many homes and businesses, including the Burdekin Cascades Caravan Park which is under the management of BelgraviaPRO.

The main highway north of Ayr was cut at the Haughton River for six days. The road north opened on a Tuesday and on the Wednesday the main highway south was closed for five days due to the Burdekin River breaking its banks and that water flowing downstream and crossing the highway at Ayr .

During this two week period 725mm of rain fell in the caravan park.  The gully running through Burdekin Cascades Caravan Park flooded several times and the sodden grounds really suffered with the extra traffic of the stranded travellers we had staying.

Most travellers took it all in their stride and kept extending their stay daily, waiting patiently for roads to open.

Even though the highways were closed at two different times we still had traffic reaching us from the opposite direction. The caravan traffic was continual and our cabins, usually not very busy at this time of year, were fully booked several nights during this period. The business probably profited by the flooding and road closures.

Everyone tried to do something to help. 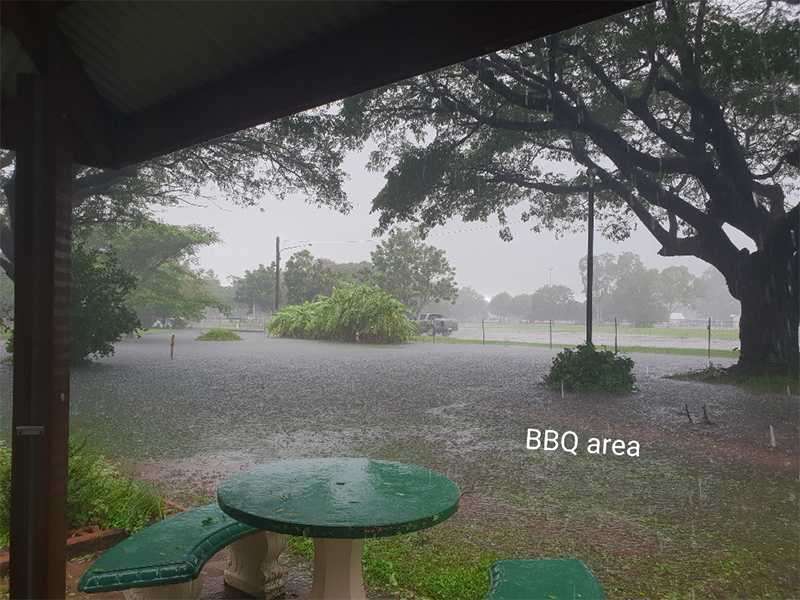 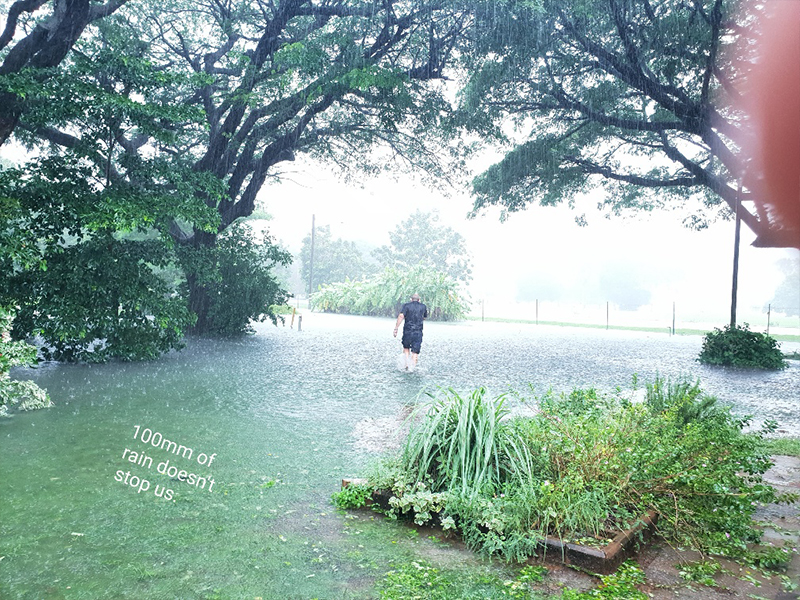 Our local Burdekin Community Association assisted several families to meet the cost of their unexpected stay with us. The Burdekin Shire Council also assisted by offering a discount to stranded travellers. We tried offering extra assistance by ferrying guests to the bus stop and keeping everyone up to date with the latest road reports.

Our biggest challenge was not physical but mental. We found it very draining constantly having to keep reassuring guests regarding road conditions and fielding telephone calls alerting prospective guests that the roads were closed and we couldn’t accommodate them.

Once the highway was opened there was a mass exodus.

The grounds needed granite sand spreading on all the boggy patches and the debris from fallen branches took a few trips to the local refuse station to clear.

Our thanks go to Graeme Sams and BelgraviaPRO for allowing us to employ some help from our relief managers to accomplish the clean-up efficiently.

The park is mostly back to normal, looking lovely and green with the only detraction being surrounded by an influx of mosquitos that have appeared due to all the extra water lying around. They are certainly making their presence felt.