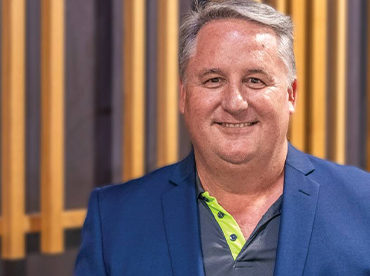 Former national swimming champion Craig Tobin has been recognised for his contribution to disabled swimming in Australia by being nominated for the Westfield Local Hero Award in Carindale, Queensland.

The 52-year-old Area Manager for Belgravia Leisure has been involved in swimming for more than 40 years, including 23 years as a coach and aquatics and leisure centre manager, and 15 years in charge of Special Olympic and Down syndrome swimming squads.

Communities can nominate their local heroes at Westfield shopping centres throughout Australia, with the awards designed to recognise valuable volunteer contributions in the community. The official awards ceremony will be held on October 1, 2019.

Mr Tobin was nominated for his work with Special Olympics Redlands which aims to give disabled and intellectually-impaired athletes access to high-level coaching and support to pursue their swimming dreams.  Mr Tobin’s nomination has received international attention with interest from the UK, US, Korea, NZ and Saudi Arabia in similar programs to support disabled swimming.

“It’s all about the athletes,” said Mr Tobin.

“There’s so many benefits from swimming, especially personal wellbeing, but it’s all worth it to see young people being given an opportunity to reach as high as they can.”

Mr Tobin may be an internationally-respected coach, but his influence goes beyond the swimming pool.

“It brings people together and it supports so many positive outcomes in life.”

Westfield Local Heroes are nominated and voted for by their communities, with the three top finalists per Westfield centre each awarded a $10,000 grant for their affiliated organisation.

If Mr Tobin is successful, Special Olympics Redlands will provide more people with an opportunity to swim, and would cover costs of gear and pool entry for those who cannot afford it.