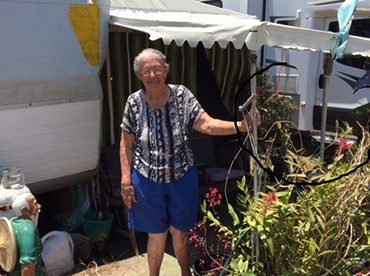 Ocean Beach Tourist Park has been a permanent fixture on the stunning shores of Miami on Queensland’s Gold Coast for more than three decades – along with local legend Betty Thomasson.

The last remaining permanent resident at the park, Betty, 90, has lived through 34 summers at the park, watching the Gold Coast transform from a sleepy surfing village to the booming metropolis it has become today.

With the Gold Coast a magnet for international tourists, Betty decided to record their visits, starting a scrapbook earlier this year with a lovely Scottish couple who were visiting the park.

“It’s something Betty has decided to do in order to keep a record of some of the people she has met, but also to generate more awareness of the park, which is located on one of the best beaches in Australia,” said Gary Baldwin, Qld Regional Manager for Belgravia Leisure.

“Betty is an institution at the park. She is much-loved, so much that guests ask to be situated near her van when they return to the park.”

According to Mr Baldwin, Betty’s approach is unobtrusive, welcoming guests, hoping they enjoy their stay and that they remain safe during their further travels as well as sharing stories about her own life experiences.

“Betty sees it as her mission to become an ambassador for the park; the smiling face you see on arrival and departure,” Mr Baldwin said.

“Betty started her scrap book in February this year welcoming a Scottish couple followed by many others keen to share their stories and travels, whilst also hearing more about Betty’s story – her years living by the sea and the family she has created, including her five children, 12 grand and 16 great grandchildren,” he said.

Betty’s scrapbook now contains entries from 45 different nationalities that have visited the park throughout 2019 keeping the agile retiree busier than ever. 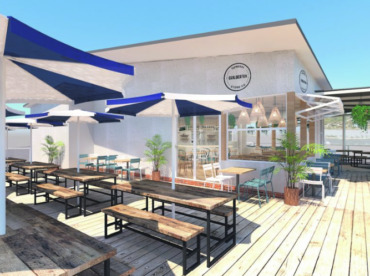 Guilderton General Store & Cafe to open end of May

The renovation works at the Guilderton General Store & Café are almost complete and, 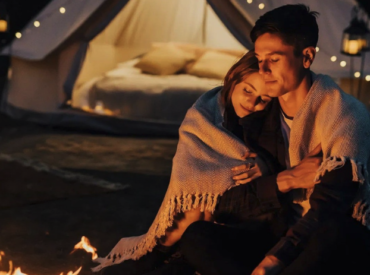 With school holidays underway it’s time to get ready for the Easter long weekend! The
A