Belgravia Leisure has ramped up its Learn to Swim initiatives after receiving feedback from parents and swim teachers that children are experiencing a significant regression in confidence and skill level after being away from swimming pools for the extended period of COVID-19 lockdown.

The government mandated lockdown saw children staying away from swimming pools and lessons for an average of six months, or in the case of Victoria, up to nine months. Swim teachers have noted a hesitation in less confident children in re-entering swimming pools, such as six-year-old Max Drew who was diagnosed with Autism Spectrum Disorder.

Before COVID-19, Max’s mum Kim Drew said Max was swimming a full freestyle stroke. His anxiety levels had decreased and he could float independently on his back. He was even learning breaststroke and survival backstroke. Max’s swim teacher Lee Callec is concerned that when Max does return to swimming, he will have missed nearly a full year of lessons. She expects to see regression in the progress that she and Max have made and is prepared for the uphill journey of getting Max back to where he was in March this year. Lee’s priority will be water safety and familiarisation, to gradually build Max’s confidence and skills back to where they were.

Apart from losing confidence in returning to the water, parents have also told us that their children have experienced a decrease in fitness levels and gained weight when they stopped going for swimming lessons. Ayten Tugcu said her son Maalik used to swim several times a week with his cousin, but after six months away from the pool, he quickly began to gain weight. As soon as restrictions eased and their local pool reopened, Maalik went back to swimming four times a week. “I think he really appreciates it now more than before,” said Ayten. “After being away from the pool for so long, and away from all his friends, he really loves being back in the pool and having swimming lessons again.”

Swimming teacher Christine Peters, who teaches at Auburn Ruth Everuss Aquatic Centre, thinks it’s imperative that children learn to swim so they can be safe around the water. According to the Royal Lifesaving Society, in the past decade, 80 people have drowned in public swimming pools, with a quarter of those being children under five years of age.

“There’s so much water in Australia, and we as teachers need to explain to children that swimming at the beach and in rivers is totally different from swimming in a pool,” said Christine.

Christine is concerned that many children have forgotten skills that were learned before lockdown. “I’m pretty much starting from scratch with a lot of them, especially the younger children. I have one student who was at a higher swimming level and he has lost most of his skills. He doesn’t seem to be coping too well at the moment, but we’ll get there.” 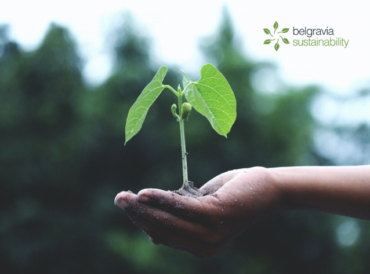