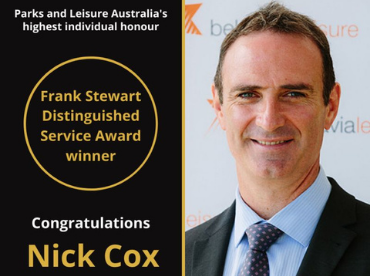 The Frank Stewart Distinguished Award is PLA’s most prestigious individual professional award. The award recognises an individual who has made a significant contribution to the development, promotion and advocacy of the parks and leisure industry through their personal and professional endeavours over a substantial period. The award is judged by previous recipients and the recipient receives an Honorary Life Membership to PLA.

Martin Lambert, Otium Planning Group Director and last year’s winner of the award, recognised Nick for his dedication to the leisure industry with a career spanning close to 30 years. Nick, who began his career as a fitness instructor, later became the youngest appointed CEO of Banyule YMCA. Nick progressed rapidly in his career and was promoted to the COO of YMCA Australia, followed by a role as General Manager with Maroondah City Council, before being appointed CEO of Belgravia Leisure.

During this time, Nick has also served on the PLA Advisory Committee, the Australian Institute of Company Directors, Director of Physical Activity Australia and Chair of the AUSTSWIM licensing committee.

Nick was humbled to be receiving the award and said it came as a complete surprise. “I am grateful for this incredible recognition. In my wildest dreams, I never imagined that I would be standing here today accepting this award. I’m proud of how the leisure industry has progressed in my years of service, especially in recognising the importance of providing equal access to health, leisure and fitness for ALL in the community.

I’m looking forward to another 30 years of service in this incredible industry, because there is no where else I would rather be!”

Find out more about the Parks and Leisure Frank Steward Award here: https://www.parksleisure.com.au/awards/frank-stewart-award 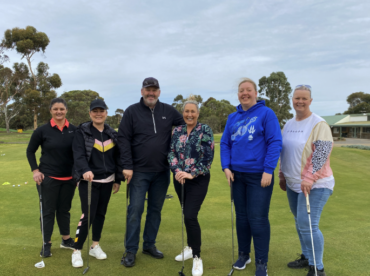 The seasons change quickly and as Autumn drew to a close, excitement and anticipation grew 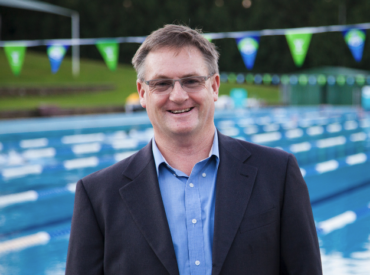 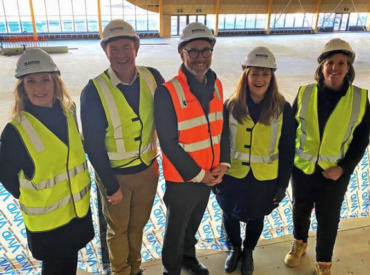