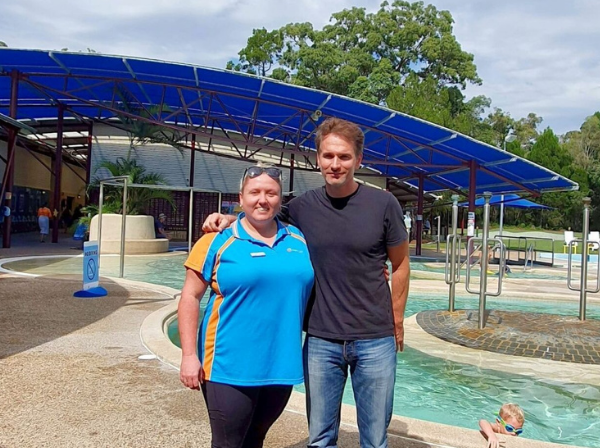 Visitors to the Bribie Island Aquatic Leisure Centre were treated to a behind-the-scenes look as television presenter and documentary maker Todd Sampson filmed a segment for an upcoming project at the weekend.

Aquatics Manager Michelle McKiernan (pictured above) says Sampson, of Gruen and Body Hack fame, was filming one of the venue’s aqua aerobics regulars for a documentary about body image.

“He was there for about an hour and a half, filming throughout the aquatic class. There were a couple of learn-to-swim parents who were quite star-struck,” she explained.

Michelle says the venue was approached about filming last week and made the crew welcome.

“They commented on how clean our venue was, and how welcoming we were,” she says.