The Belgravia Leisure swim team is in third place in fundraising for the annual Lap Australia swim event, thanks to the generosity of Down Syndrome Swimming Australia (DSSA), who has provided financial support as well as three important swimmers for the event.

The event is designed to get Australians swimming this summer. Whether you prefer laps in a pool, and open water swim, a splash at the beach or a snorkel at the reef, everyone can take part. In a new evolution of the challenge, for 2019 you can pledge your support to a team, led by an inspiring captain, supporting a terrific cause.

The challenge has so far resulted in 2,200km in swim pledges, but there are many more to come when the challenge kicks off on January 19.

So far it has been the Masters Swimming Team that has led for the majority of the competition. The experienced campaigners have been rallied by Olympic legend Dawn Fraser and 100-year-old and four-times Masters world record holder, George Corones.

But the Belgravia Leisure team, led by ambassador Brooke Hanson, is in third position after the DSSA pledged 184km for the team.

The association also provided three swimmers for the event, including;

Maddie Fox (below) who not only swims at WaterMarc in Victoria but also works there. Maddie had the pleasure of being part of the DSSA Australia Team, which participated in the World DS Swimming competition in Canada in July this year for the first time. 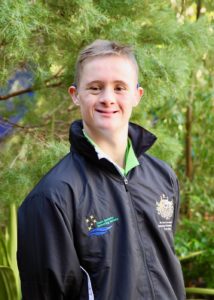 And the third swimmer is Russell Booysen (below) who swims with Redlands and has been a long-term member of the DSSA. With some help from Belgravia Leisure Russell competed with Australia’s world champion swimming team at the ninth World Swimming Championships in Truro, Canada in July 2018. 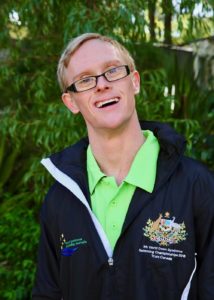 You can find out more about these athletes at the DSSA’s facebook page.

It’s not too late to support them and the Belgravia Leisure team with a pledge – you can do so by visiting the Lap Australia website.

The Lap Australia Challenge starts on Saturday 19 January and runs for 10 days until Sunday 28 January.